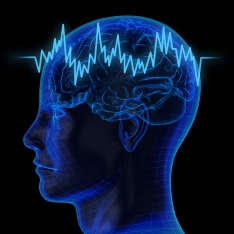 It’s no secret that exercise is suggested to help with a variety of human issues, right from treating depression to improving memory. In particular, recent research suggests exercise leads to the release of certain neurotransmitters in the brain that alleviates pain, both physical and mental. Much of the research done in this area focuses on running, but all types of aerobic exercise can provide benefits.

So, can exercise really make you feel significantly better mentally?

Findings published in the scientific research journal, Psychology, suggest that physical exhaustion can cause a reduction in a person’s fear levels, for example the fear of flying. In a recent experiment the efficiency of intense aerobic exercise approaching physical exhaustion was investigated as an effective part of therapy for reduction of an individual’s fear reaction.

The study had a total of ten participants, five male and five female aged 30 – 40 years old. All were pre-tested before exercising to verify their current fear levels.  Subjects met in a gym within a one-week period with three sessions of intense aerobic exercise, with a one day rest period after each session.

The intense aerobic exercises were delivered by different experts in their respective fields. During the intense aerobic exercise, the subjects utilised all of the equipment available inside the gym, up to the point of their exhaustion. The sessions lasted for 2 to 3 hours. The participants were then post-tested after exercising to determine the possible change of their fear level, using a pre-established Fear Questionnaire.

Findings showed that there was a significant reduction in participants’ levels of fear through physical exhaustion by the use of intense aerobic exercises. See results below. 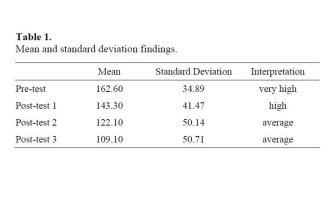 Even though this research is in the early stages of development, it is a clear indication that exercise has the power to alleviate fear and calls on a need for further research in the area.

Other studies have also looked into the idea of physical exhaustion as a form of treatment of anxiety. Ströhie et al. (2005) demonstrated in an experiment that aerobic exercise is effective in treating panic and panic attacks. They used aerobic exercise for 30 minutes at 70% of maximum oxygen consumption.

To read the research in full please visit the scientific research journal’s website.