We have teamed up with BIG BURN, the new mass participation fitness event in London, which is taking place on 31st May at Alexandra Palace. BIG BURN offers a spectacular festival atmosphere with 1,500 people working out together. Each session will be led by a celebrity instructor to help people get in shape for the summer!

BIG BURN is offering you, as REPs members, the opportunity to take centre stage and teach thousands of people your work out. One lucky member will picked from the competition to teach their routine to a live audience.

Here is all the information you’ll need to enter:

So what are you waiting for? Get ready for the BIG BURN and enter the competition now!

A call for responsible journalism 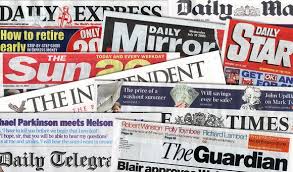 In recent times it has become the norm to open the paper and to find out that something is bad for our health, can give us cancer, or can help fight obesity, which for the average member of the public can become very confusing, and lead to a contradiction in determining which advice to take.

In the past couple of months there have been reports that “Seaweed could slow the obesity tidal wave”, “High Protien diets are just as bad as smoking” and “Want to lose weight? Play Tetris: Classic game distracts dieters from food cravings”, all of which have featured in broadsheets such as The Daily Telegraph and the Guardian, not just the tabloid newspapers.

With the case of high protein diets and smoking, we were quite shocked that the newspapers could even put the two in the same category as we all are fully aware of health implications smoking can cause. The NHS has decades of evidence proving that smoking kills and – fortunately for meat lovers – it would seem that this latest comparison with high protein diets is to be a triumph of PR spin. The story itself came to light in a recent press release about a large study which found that for people aged 50-65, eating a lot of protein was associated with an increased risk of dying. However, the study, which assessed the diets of Americans in a single 24-hour period (rather than long-term), found in those aged over 65 that a high protein diet was actually associated with a reduced risk of death from any cause or from cancer. These differing findings meant that overall there was no increase in risk of death, or from dying of cancer with a high protein diet.

As stated in the NHS’s Behind the Headlines “We need to eat protein, we do not need to smoke.” and here at REPs we certainly agree with this.

The NHS stated: “The reporting of the results of the study was reasonable. However, the prominence given to the story (which featured as a front page lead in The Daily Telegraph and The Guardian) in the UK media seems disproportionate. The headlines suggesting a high protein diet is “as harmful as smoking” was not a specific finding of the study and could be seen as unnecessary fear-mongering. This is particularly of note given that the effects of a high protein diet were found to differ dramatically by age.”

Here at REPs we understand the effects health articles in the media can have on our perceptions, which is why as Exercise Professionals we should perhaps being telling our clients to sometimes question what it is they are reading and to seek out professional advice when it comes to our health.

The NHS’s Behind the Headlines is a great place to start if you are wondering whether or not a health story has any truth in it, as they provide an unbiased and evidence-based analysis of health stories that have been in the news.

At REPs we would like to see a more balanced approach when comes to reporting of health news and perhaps headlines that aren’t so fear mongering. As always we would advise that it’s best to seek out health and fitness advice from the trained, qualified professionals rather than sensationalist headlines.

REPs is pleased to welcome the all-new U.S. Registry of Exercise Professionals (USREPS), which launched last month. The Register has been designed for those who seek to hire, work with, or are referred to a qualified, certified exercise professional. The public can easily search, find, and verify all of his or her credentials in real time.

The introduction of the USREPS registry is the first move by the Coalition for the Registration of Exercise Professionals (CREP, pronounced C Rep). CREP is comprised of exercise certification organisations in the USA that have programmes which are accredited by the National Commission for Certifying Agencies (NCCA), the recognised standard in the US for the assessment of professional competence.

The CREP organisation will maintain USREPS and advocate on behalf of exercise professionals that hold current, NCCA-accredited certifications and the stakeholders of the profession. Current member organisations of CREP include:

“This launch is a big step towards the inevitable inclusion of highly qualified exercise professionals into the healthcare continuum,” said Graham Melstrand, CREP Board of Directors President.

Similar to us here at REPs UK, USREPs mission across the pond is to secure recognition of registered exercise professionals as health providers, in order to make structured physical activity accessible and safe for all.

What’s even better is that CREP is now a full member and part of the ICREPS family, which allows for more job opportunities available to REPs members, offering international recognition in America.

It’s only four weeks until the London Marathon, and I’m that sure many of you will have your preparations well underway and will be clocking up the mileage as we speak. By now you may have months and months of preparation under your belt, for what will be another monumental event in 2014, so it is important to maximise this final phase of preparation. Whether you’re a marathon virgin or a seasoned professional looking to add an extra edge to your performance;  here are my top 5 marathon preparation tips to make sure that you make it to the start line in top shape! 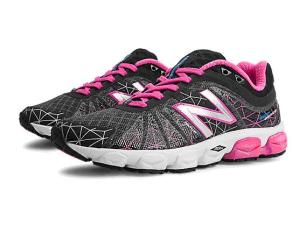 You should be wearing footwear that is both lightweight and supportive. The best brands for specialist running shoes are Asics, Mizuno and New Balance. Make sure you get a few weeks of training (or at least 10 miles) in your shoes before race day to “wear them in.” When it comes to socks go for breathable and specialist running socks such as @compresssportUk. Our main aim with footwear is comfort and avoiding blisters.

Around four weeks prior to the marathon you should be aiming to race. Enter yourself for a half marathon, not only will this provide you with a strong mental boost but it will be great for your training too. Aim to run the half marathon slightly quicker than marathon pace.

You should plan your longest run (up to 26 miles) around four weeks prior to the marathon. Aim to run the first 20 miles easily and with just 6 miles to go try to up your pace. This will teach you how to dig deep when you are feeling fatigued.

Never refuel with water, you should be consuming a sports drink during your training that combines carbohydrates for fuel and electrolytes to replace lost salt through sweating. If you are on a budget, you can make this at home using simple orange squash and a pinch of salt. 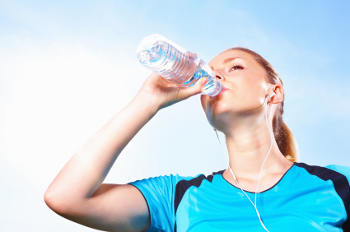 Avoid last minute marathon panic of trying to cram in extra mileage prior to race day this will only hinder your performance. The aim is to taper your training in the last few weeks by reducing your mileage so that you feel fresh on the day.

Keep your eyes peeled for my tips on race day preparation and check out my pinterest board http://www.pinterest.com/thepodiumeffect for some delicious gluten-free meal ideas to spice up your training plan and boost your immune system.